THE BQX HAS THE MAYOR’S SUPPORT! 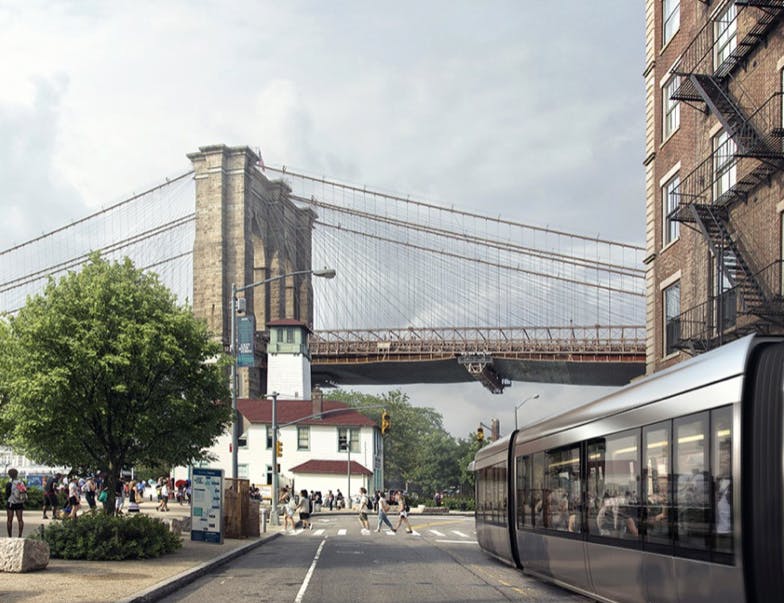 The Brooklyn Queens Connector (BQX) will be New York City’s first new rail system since the subway began service more than a century ago. Like A Local Tours has been a proud support of this project since day 1, along with hundreds of other businesses. It will connect parts of Queens and Brooklyn along the waterfront that are underserved by current modes of public transportation. It will be paid for by real estate development tax and will be a boon to business and residents.

To learn more, please read on. We urge you to sign on if you support the BQX to show the city how important this project is! Especially to those of us who work in tourism.

The BQX is a new, state-of-the-art streetcar system being planned by the City of New York. The BQX will be efficient and emissions-free and it will run on tracks flush with the existing roadway. Possible without overhead catenary wires or underground power sources, it will also be resilient against major weather and flood events. BQX trains will be ADA accessible and will accommodate bicycle parking.

From the mayoral letter:

This isolation is pronounced along the Brooklyn-Queens Waterfront, home to over 400,000 people, including 40,000 New Yorkers in public housing. While our subway was designed a century ago for a Manhattan-centric economy, thriving new economic hubs have developed across the city— particularly along the Brooklyn-Queens Waterfront. That’s why our Administration has made unprecedented efforts to connect communities along this corridor to the city and to one another. Over the past year we completed our vision for a six-line ferry system, stretching from the Rockaways to the Bronx and our waterborne transit system has already served 6 million riders.

The next great step towards creating a five-borough economy, addressing income inequality and easing the lives of so many hardworking New Yorkers is the Brooklyn Queens Connector: A state of the art, zero-emission streetcar that will run 11 miles from Astoria through Downtown Brooklyn down to Red Hook, connecting to 9 ferry landings, 13 subway routes and 30-plus bus lines.

The BQX, whose design is detailed in this report, will be a game changer. For the price of a MetroCard fare, the BQX will save many straphangers an average of up to 20 minutes a day on their commute. It will uplift our economy by bringing New Yorkers together in a new way and help us to become the fairest big city in America.