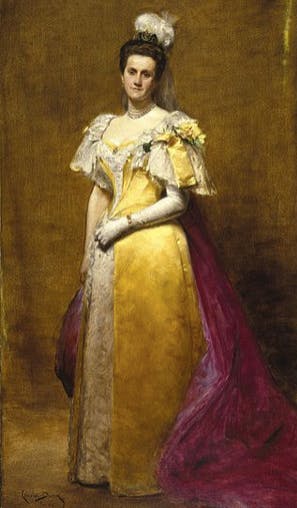 You know the iconic image of the Brooklyn Bridge as well as you know you own hand. You can count the number of times you’ve walked across it on a couple of hands, but did you know that a woman had more than a mere hand in the building of it?

Emily Roebling was the daughter-in-law of John Augustus Roebling and the wife of Washington Roebling. The former was a German immigrant who located to New Jersey and became an expert in the construction of bridges. Taking existing technology and the development of steel rope, Roebling convinced the leading New Yorkers of the day to allow him to design and build a suspension bridge across the East River, the likes of which had never been seen before. But tragedy struck when in the early stages of construction, he sustained an injury that he didn’t allow to heal, and he eventually died, painfully, from tetanus. Passing the mantle to his Civil War hero and engineer son, Washington, the bridge continued. To anchor the huge suspension pylons giant holes had to be dug into the river at either side. Using the relatively new process of caissons, like his father, Washington was going to take this technology to new levels. Caissons involve digging deep down into the riverbed to depths at which the pressure can start to affect the human body. No one went down into the caissons more than Washington Roebling, and it eventually took its toll on him, giving him what we know call ’The Bends’. This paralyzing condition rendered him incapacitated for some time. Luckily though, there was Emily.

Emily Roebling had always had her intelligence and desire to learn supported. Her brother (through whom she met Washington), send his wages home from the military so she could attend school and study history and math, rather than housekeeping and wifely pursuits. She had sat with her husband over many days and nights, transcribing, problem solving and creating with him, so when someone needed to step up to the Chief Engineer mantle and save the bridge, she was the obvious person. She liaised with and directed construction teams, went from home to the site regularly to solve problems, handled the often feisty Board of Directors, smoothed relations with the rolling roster of Brooklyn and New York city politicians, was the first person to cross the temporary planks and upon completion of the Bridge, rode across it solo. All whilst running a home, raising a son and nursing her husband. Emily Roebling was the First Female Chief Engineer and we would not have the Brooklyn Bridge with out her.

In her day, Emily was much lauded and respected. Newspaper reports, board meeting minutes, opening day speeches, all acknowledged her and her priceless contribution to the completion of the Brooklyn Bridge. She went on to lead charities, nurse returned soldiers from the Spanish American war, lead a chapter of the DAR, obtained her law certificate from NYU, and even took tea with Queen Victoria herself. She designed a mansion for her and Washington to retire to (he eventually made a full recovery), not that much retiring was on the cards for either of them. But when she died in 1903 there was little to no fanfare. No day of mourning in either the State of New York or New Jersey. She all but disappeared from the history books, and any conversation about the miracle that is the Brooklyn Bridge.

It wasn’t until March 2018 that the New York Times finally gave her an obituary. You can read it here- The original Boundary Breaking, Bridge Building Babe finally got the recognition she deserved.

Like a Local Tours is excited to bring Emily Roebling and her unique story to life this summer with our all new Brooklyn Bridge experience. For more information email our own Boss Babe Lauren, and make sure you mention Emily!