Free Things To Do in August in NYC 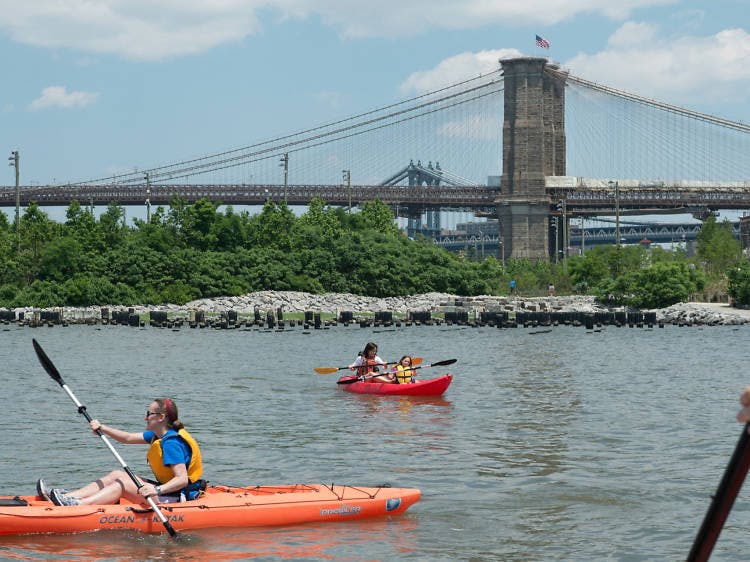 There are many free things to do in NYC in August. Sometimes it’s hard to find the right place or event. So here are a few ideas for your next trip to The Big Apple! 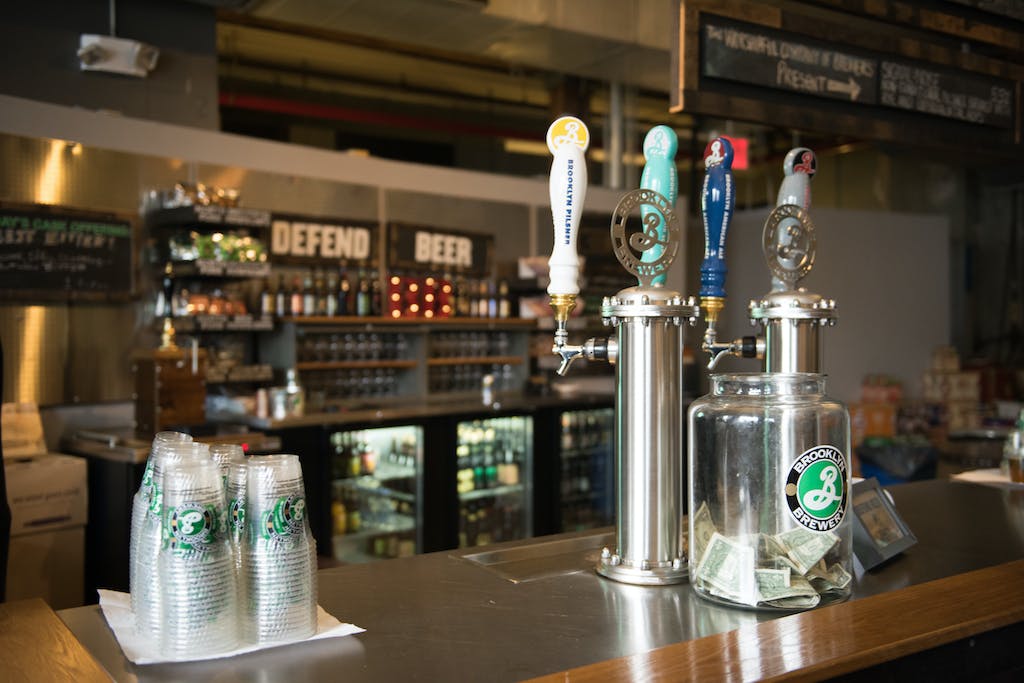 Free tour at the Brooklyn Brewery

On every Sunday from 1pm to 6pm, you can take a free tour at Brooklyn Brewery. This local brewery is located in Williamsburg, Brooklyn and offers tours of the brewery and tastings of their beers.

Walk the High Line and check out the latest art installations:

You know who I am

An iconic symbol of freedom wears a new face: Paola Pivi’s commission on the High Line at 16th Street recreates the Statue of Liberty, wearing a playful mask of someone whose experience of freedom is connected to the United States.

Sam Durant’s large-scale fiberglass sculpture in the shape of an abstracted drone atop a 25-foot-tall steel pole continues High Line Art’s mission of presenting new, powerful, thought-provoking artworks that generate and amplify some of today’s most important conversations 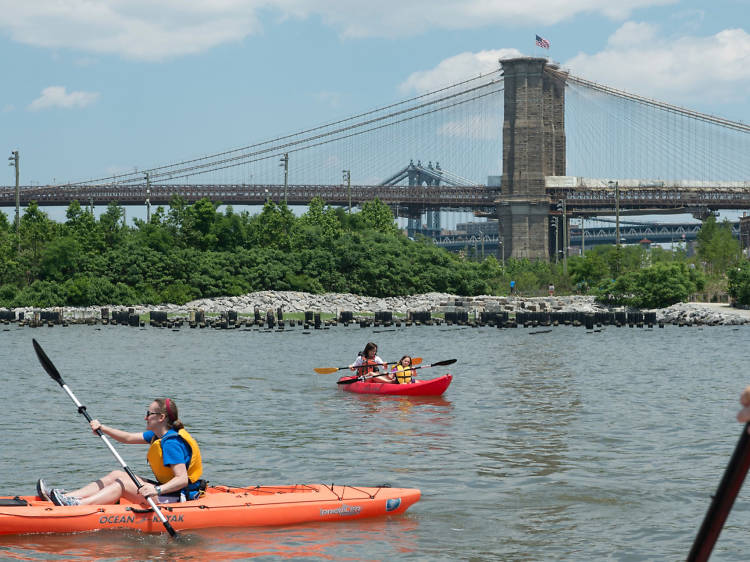 Kayaking on the Hudson & East Rivers at Piers 1 & 2

One of the easiest ways to get close to nature, in the hustle and bustle of NYC, is by kayaking. Now is your chance to take a kayak out in the majestic shadow of the Brooklyn Bridge. On the East River Wednesday and Thursdays, from 5 pm-7pm, Saturdays from 10 am-3pm and Sundays from noon-2:30 pm you can snag one for free (advance registration required). Or if you prefer something more adventurous and spontaneous, head over to the Manhattan Community Boathouse.

Jazz at Pier 84 is a free concert series that takes place every Wednesday from 6-8pm in Hudson River Park, featuring some of the best bands in New York City. The concerts are held outdoors, so bring a blanket or chair and wear sunscreen (this part is important!). Jazz at Pier 84 is family friendly and dog friendly, so you can bring your pet along for the ride.

If you’re tired of paying an arm and a leg for food at shows or concerts, then this event may just be right up your alley!

The US Open is one of the most exciting events in New York City, but it can be pricey. If you’re not willing to spend a lot on tickets and food, save your money for something else and check out Fan Week at Billie Jean King National Tennis Center instead! It’s free and lasts all week long, so there will be plenty of time for you to enjoy your favorite players like Federer or Sharapova.

Yoga is a great way to relax and calm your mind while getting some exercise at the same time. Why not try it out?

If you’re interested in trying yoga, the Prospect Park Alliance has partnered with Bend and Bloom to bring another year of their Free Prospect Park Yoga series in 2022. Classes will be held every Monday evening at 6:30pm at North Long Meadow. Prospect Park Yoga gives attendees a chance to try free outdoor group yoga classes in an accessible environment where they can feel comfortable practicing alongside others who may also be new to yoga. Join hundreds of Brooklynites each week as they celebrate wellness and community by coming together for these relaxing sessions that are open to anyone ages 18+ (children must be accompanied by an adult). If this sounds like something you’d like to do, sign up through Bend and Bloom’s website https://bendandbloom.com/2022-rsvp 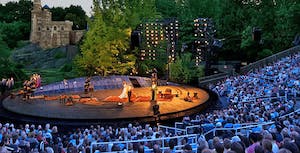 Shakespeare in the Park @ Central Park

You can enjoy Shakespeare in the Park @ Central Park. It is a free outdoor theater festival in New York City, held in Central Park. The shows are held every evening at 8pm, except for Mondays. This year is a special summer celebrating 60 years — and more than 150 productions — of Free Shakespeare in the Park at The Delacorte Theater in Central Park with an electrifying musical production of As You Like It starring Tony Award winner Cynthia Erivo (The Color Purple) as Rosalind, Golden Globe nominee Raul Esparza (Company) as Duke Senior/Oberon; Tony Award nominee Michael Aranov (West Side Story) as Orlando; Tony Award winner Jennifer Ehle (Angels in America) as Celia; Peter Friedman (Spring Awakening) as Touchstone/William; LaToya Hall-Williams (A Bronx Tale) as Phoebe; Charles Kimbrough (TV’s Frasier) as Jaques/Corin Allworthy; Ta’Rea Campbell(Hair on Broadway) as Audrey/Celia’s Page; Alana Arenas(Broadway’s Fela!)as Amiens/Composite Messenger Boy and Jordan Barrow(Broadway’s Kinky Boots!)as Silvius

Bryant Park, a green space in Midtown Manhattan that’s made up of 5.2 acres, is the perfect place to watch a movie during the summer months. The lawn opens at 5pm for picnicking and film begins at 8pm. You can bring your own food and drinks as long as they don’t contain glass bottles or alcohol; food and beverage options are also offered by Hester Street Fair will be available for purchase on the Fountain Terrace starting 4pm. Beer, wine and snacks by Stout NYC will be available for purchase on the back of the lawn from 7-8:30pm before each screening (cash only).

There is always something fun to do in NYC! Oftentimes free of charge!

A few more ideas for families:

Whether you’re looking to explore the city in a new way, or just want to have a fun time with your friends, there’s always something fun to do in NYC! Oftentimes free of charge!

Explore America’s great melting pot: learn about the rich cultural diversity, history, and story of the struggling immigrants of the Lower East Side, Chinatown and Little Italy through food and storytelling. Tours run Saturdays 2:30-5:30pm