How to Indulge in NYC Pizza Like A Local 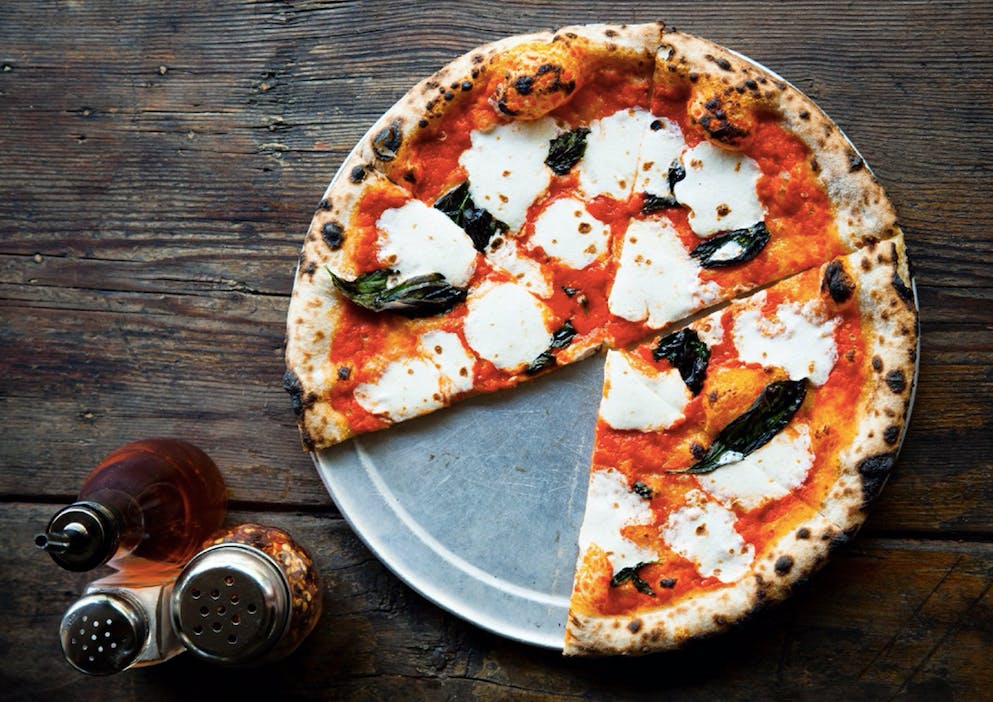 If there’s one thing New Yorkers don’t play about… it’s their pizza. Debates over the best pizza in town can get heated and everyone has a reason why their “pizza spot” is the best. Some folks prefer no-frills classic New York-style pizza (which is known for its large slices and thin foldable yet crispy crust), while others enjoy a more “artisanal” approach to pizza with emphasis on where ingredients are sourced from and “out of the box” topping selections. Whether you favor classic a New York slice or appreciate an upscale approach, there’s one thing that’s undebatable. NYC is home to some of the best pizza in the nation. 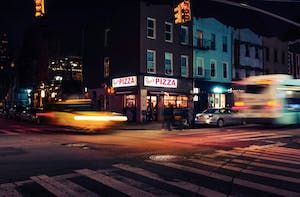 More than just consuming it, New Yorkers are constantly providing different ways to indulge in their love for pizza. From pizza making pop-ups to full-on pizza festivals, there are endless ways to get your pizza fix in the city. Check out our top 5 ways to experience pizza like a true NYC local.

Once known as Bushwick’s best-kept secret, Roberta’s has grown into a household name in NYC. Their wood-fired pies have been called the best in Brooklyn which helps explain why there’s almost always a wait. But once you get a table, you’ll forget all about that. Roberta’s pies are delicious and creatives. Their ‘Bee Sting Pizza’ topped with tomatoes, cheese, soppressata, chili, and honey is a crowd favorite, and possibly their most popular pizza combo. If you’re looking for a more out-of-this-world combo, give their ‘Cowabunga Dude’ pie a try. It’s topped with tomato, caciocavallo, Parmigiano, pepperoni, green peppers, mushrooms, red onion, and black olives.

Due to its popularity, there’s almost always a wait on Roberta’s. A great way to beat the wait is to visit on our Bushwick Tour. 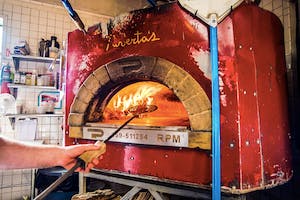 I’m pretty sure you’ve seen Prince Street Pizza’s Pepperoni pie on your Instagram feed at least once or twice. While most places try to create the perfect pepperoni to pie ratio, Prince Street Pizza takes a completely different approach. They’re known for they’re “Spicy Spring”, a pepperoni slice that packs on the meat. No seriously, they pretty much pile on their thick spicy curled pepperoni until it’s almost completely covering the square-shaped slice creating a Pepperoni Lover’s dream! 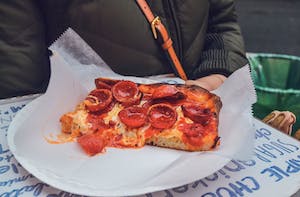 Eating pizza is great but learning how to make pizza while drinking wine is even better. Hungry Pop began offering pop up pizza making classes in 2018 in the back room of Italian restaurant Keste Pizza & Vino. They regularly offer their Make Pizza, Drink (bottomless) wine for the public as well as private groups/gatherings. This artisanal experience includes delicious appetizers, a hands-on pizza making lesson, a desert and all the red & white wine you can consume in 2 hours. This event is a must for pizza lovers who are looking to sharpen their pizza making skills and socialize with others.

Now Hoboken may seem like a bit of a trek but for this fest, it’s worth it. The Hoboken Pizza Fest is in its 3rd year and features food from some of NY/NJ’s most talked-about eateries. Hosted by Hoboken Happy Hour, the event allows guests to try pizza (or other menu items) from various vendors including NYC’s very own Artichoke Pizza. It takes place on November 16th and includes two 2-hour sessions of tastings, live music, giveaways/contests, and drinks.

Our name isn’t “Like A Local Tours” for no reason. Along with Roberta’s, we include some of the city’s most iconic pizza places into a bunch of our tours.

If you’re looking to try some of the BEST pizza in Brooklyn, our Williamsburg Bites Food Tour has you covered. Best Pizza is the brainchild of Frank Pinello whom you may have seen eating Pizza across the globe as the host of Viceland’s ‘The Pizza Show”. Pinello opened BEST in 2010 and it quickly became a fan favorite. Just months after opening, the pizzeria was featured as a New York Times Critic’s Pick. They’re one of the few places in the city to cook wood oven pizza by the slice and they’re became known for their authentic Sicillian pizza-making. They make their own own mozzarella daily and stay true to simple fresh ingredients. Nothing but the BEST!

Juliana’s emerged on the pizza scene in 2012 but it’s owner Pasty Grimaldi has been making pizza since the 1940s. In 1990 Grimaldi opened his first pizzeria “Grimaldi’s Pizza” in Brooklyn. By the late 1990s Grimaldi was ready to retire so he sold the Grimaldi name and franchise to restauranter Frank Colli. In 2011, the building owner decided not to renew Colli’s lease so he moved the restaurant next door to vacated property. Just a year later Patsy Grimaldi decided to come out of retirement and open Juliana’s in the original building, creating direct competition for Colli.

Since 2012, Juliana’s has gone on to receive countless accolades and make a name for itself as some of the best coal oven pizza in the city. They recently opened a location in Time Out Market and we visit one of their locations in our Brooklyn Heights, Bridge & DUMBO Food Tour.

Interested in exploring Manhattan? Our Chelsea Market tour stops by Filaga for a couple of slices then continues to explore the market before making its way to the Highline and Hudson Yards. We also grab a slice in the heart of the city in our Times Square Food, History & Architecture tour. 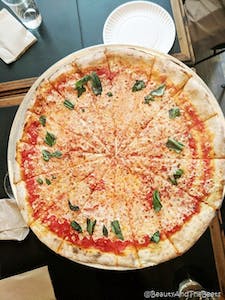 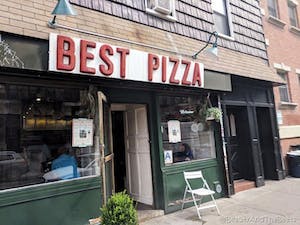 There’s infinite possibilities when it comes to getting pizza in NYC and quite frankly, even the lesser known places in the city can go toe-to-toe with pizza places across the US. So be sure to grab your best friend, along with your expandable waist pants, and explore all things pizza in the city!

Skip the line and enjoy a famous slice of Brooklyn pizza in the shadow of the Brooklyn Bridge! Plus spectacular vistas of the Statue of Liberty, the Manhattan skyline as well as incredible Brooklyn history!