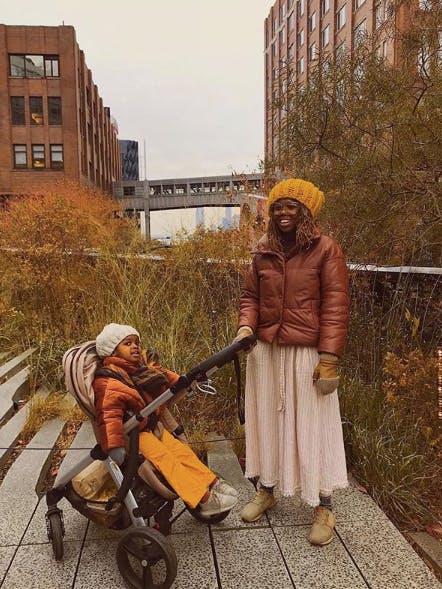 We are partnered with a great startup serving up wonderful experiences, called IfOnly and through them, African Boheme (@africanboheme) recently joined our Chelsea Market Food Tour. Here’s what she said to say:

The greatest love story ever told. Three decades ago my mom was a buyer for a shop, in the most West Indian “meet cute” possible, she bumped into a man from her island and demanded he show her the ropes.

She followed him everywhere, sopping up his every word and talking off his ears. The man knew a match made in heaven when he saw one, so One night he decided to take her home. She walked in, to see his wife.  The two women locked eyes, ran for each other and the instant thier bodies touched a Star was born because soulmates had been found. My Uncle is a genius.

I’ve celebrated every birthday party and holiday and lost tooth with my aunty Audrey and a Uncle Norbert. I grew up believing in the love affair that is possible when women meet in sisterhood. Thankfully I’ve been blessed with a couple of these myself. Noons God Mothers. The protectors of her little soul the apples of her eye, these women love her fiercely and more than she’ll ever know.

Noon and her aunties have traveled to 4 countries together on planes trains and busses. This weekend we found Aunty @_imah.c_ and became tourists in our own backyard thanks to @ifonly  We ate our way through @chelseamarket and had a total blast!

I’ve been to Chelsea market a million times yet never knew it was the original NABISCO factory. That in those hallowed walls the Oreo cookie was invented! Google just bought the whole building in the second largest sale in NYC history for $2.5 billion (the largest ever sale is the google building across the street)

We ate Japanese Tacos, Decadent brownies, The cutest donuts in the most delicious flavors, authentic Italian pizza, southern biscuits with divine jam and became acquainted with  a gluten free vegan treat from Israel! The tour ended in a walk along the high line to burn those calories.

I was so blown away by this experience with @ifonly that I’m on a mission to get to know what other hidden gems the city has to offer. For the next month I’ll be exploring my home, as a tourist.

Thanks so much for joining us! We really do try to create authentic, fun, delicious and informative NYC and Brooklyn Tours. We hope to see you on another one soon!