Get to Know a Neighborhood: Red Hot Red Hook, Brooklyn 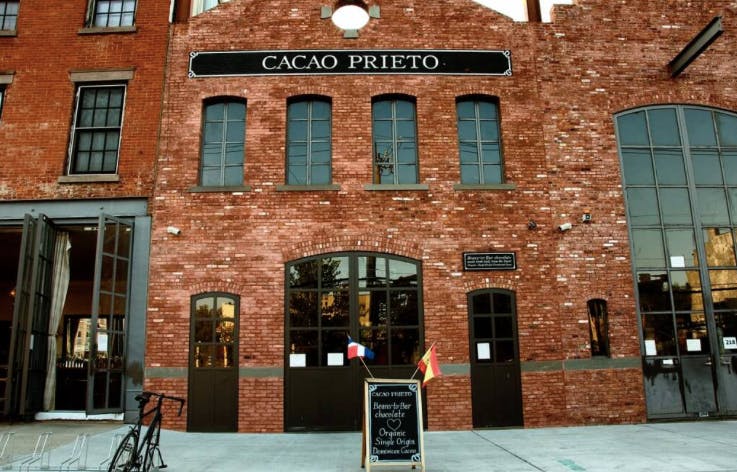 Red Hook has truly become a neighborhood worth checking out if you haven’t explored it yet. There are several exciting makers in Red Hook creating fantastic goods like chocolate, spirits, wine and more. There are also several restaurants worth a visit like Steve’s Key Lime Pie, Hometown BBQ, and Brooklyn Crab.

THINGS TO DO IN RED HOOK

Arrive by water taxi (with gorgeous views of Lady Liberty on the way!). Take the ferry or the water taxi from Manhattan.

Check out the stunning views of Governor’s Island and the Statue of Liberty from Louis Valentino, Jr. Park and Pier.

Be sure to stop by Pioneer Works — it’s part gallery, art collective and event space. Opened in 2010 by well known Brooklyn based artist Dustin Yellin.

There’s even a new Tesla showroom!

See and experience it for yourself on our thoroughly enjoyable Red Hook Winery, Distillery and Chocolate tour! Enjoy tastings and behind the scenes tours. You are sure to have a great time with our fabulously energetic, knowledgeable and entertaining tour guides!

Red Hook was one of the first areas of Brooklyn to be settled. The Dutch established the village of Red Hook (Roode Hoek) in 1636. It was named Red Hook for the red clay soil as well as the hook shape of its geographical footprint. In the 1850s, Red Hook was one of the busiest ports in the country. Red Hook is home to the largest concentration of Civil War-era warehouses in the city.

H.P. Lovecraft’s short Story “The Horror at Red Hook” (1925), Budd Shulberg’s screenplay “On the Waterfront” and Arthur Miller’s play “A View from the Bridge” all take place in Red Hook. Red Hook has always been a little bit of a rough neighborhood. Al Capone got his start in Red Hook as well as the wound that led to his nickname, Scarface.

At its peak in 1950, 21,000 longshoremen lived in the neighborhood, many of them in row houses second only in age to those in Brooklyn Heights. Most people lived in the Red Hook Houses, built in 1936, which were originally built for families of dock workers and are one of the first and largest Federal Housing projects in the country.

Much of the reason Red Hook has been left unchanged is because of its relatively isolated location. (In 1950, the opening of the Brooklyn Battery Tunnel cut the neighborhood off from the rest of the borough.) Over the last two decades new residents have been drawn to the neighborhood because of the low rents, as well as the old world charm and incredible views. Lady liberty, lower Manhattan and gorgeous sunsets.

In 2012, Hurricane Sandy took quite a toll on this low lying area as the flooding destroyed many homes, businesses and other buildings. But today the neighborhood is thriving and bustling with great shops, restaurants, bars and more.