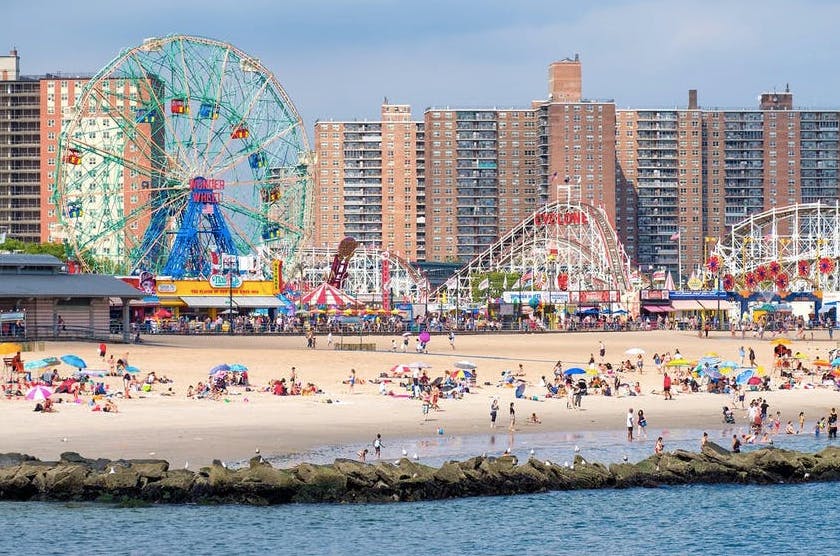 From museums to shows to restaurants and more, check out NYC & Company’s guide to what’s open in NYC. Hint: we are back baby! Everything is open!
Also, it’s restaurant week! From July 19 to August 22, NYC Restaurant Week is back and better than ever, with lunch and dinner options for $21 or $39, plus Signature Dining Experiences for $125. In addition to indoor and outdoor tables, takeout and delivery are available.
And don’t forget to check out NYC & Company’s Black Experience and Latino Experience.
Some of our top picks of things going on in NYC right now:
Shakespeare in the Park. Enter the lottery for your FREE tickets! “Set in South Harlem, amidst a vibrant and eclectic community of West African immigrants, MERRY WIVES is a New York story about tricks of the heart, performed in the heart of the City—Central Park’s magical Delacorte Theater. A raucous spinoff featuring the Bard’s most beloved comic characters, this hilarious farce tells the story of the trickster Falstaff and the wily wives who outwit him in a new celebration of Black joy, laughter, and vitality.”
Yayoi Kusama’s Cosmic at New York Botanical Garden. “Experience Yayoi Kusama’s profound connection with nature. Contemporary Japanese artist Yayoi Kusama is one of the most popular artists in the world, drawing millions to experience her immersive installations. Exclusively at NYBG, Kusama reveals her lifelong fascination with the natural world, beginning with her childhood spent in the greenhouses and fields of her family’s seed nursery. Her artistic concepts of obliteration, infinity, and eternity are inspired by her intimate engagement with the colors, patterns, and life cycles of plants and flowers.”
Kaws: What Party at Brooklyn Museum. For twenty-five years, Brooklyn-based artist KAWS (Brian Donnelly, American, born 1974) has bridged the worlds of art, popular culture, and commerce. Adapting the rules of cultural production and consumption in the twenty-first century, his practice both critiques and participates in consumer culture.
Maya Lin: Ghost Forest in Madison Square Park. “Maya Lin’s Ghost Forest, a towering stand of forty-nine haunting Atlantic white cedar trees, is a newly-commissioned public art work. Lin brings her vision as an artist and her agency as an environmental activist to this project, a memory of germination, vegetation, and abundance and a harsh symbol of the devastation of climate change. The height of each tree, around forty feet, overwhelms human scale and stands as a metaphor of the outsized impact of a looming environmental calamity.”
Hassan Hajjaj at Fotografiska. “Vibrant portraiture set inside a world of bold colors, varied textures, and frenzied patterns commands attention in VOGUE, The Arab Issue.  Hassan Hajjaj’s photography challenges the viewer through an eclectic confrontation of styles, and invites them to re-examine cultural stereotypes and cliches.  Alive with color and patterns, this immersive exhibition brings together five important series developed over the past three decades.”
Coney Island beach, Luna Park & the CYCLONE! Coney is home to the first rollercoaster which debuted in 1884. “Since its debut on June 26, 1927, the Coney Island Cyclone has been a core fixture of the amusement district and is now one of Luna Park in Coney Island’s most cherished operating landmarks.** Located at the intersection of Surf Avenue and West 10th Street, the Cyclone reaches a maximum speed of 60 miles per hour, carries 24 passengers, and boasts a total track length of 2,640 feet. As the second-steepest wooden roller coaster in the world, the Cyclone features an adrenaline-charged plunge measuring 85 feet at an uncompromising descent angle of almost 60 degrees. Exhilarating drops, curves, 27 elevation variations and a sinuous layout have made this iconic wooden coaster a timeless classic and after more than 90 years of operation the Cyclone is still delivering thrills. Highlighted in major films, music videos, and works of art, the Cyclone is a cultural phenomenon and one of Brooklyn’s most iconic sites to visit.”
Skyline Drive. A movie theater with a view. You can drive, bike or walk in. Located in Greenpoint and situated on the East River, the outdoor cinema features the Manhattan skyline as its stunning backdrop. It has been used as a filming location for SNL (opening credits!), Fendi, Converse and more.
Tweet
Email this page to a friend. Email
Click here to visit previous post ← Previous Post Click here to visit next post Next Post →
From $68