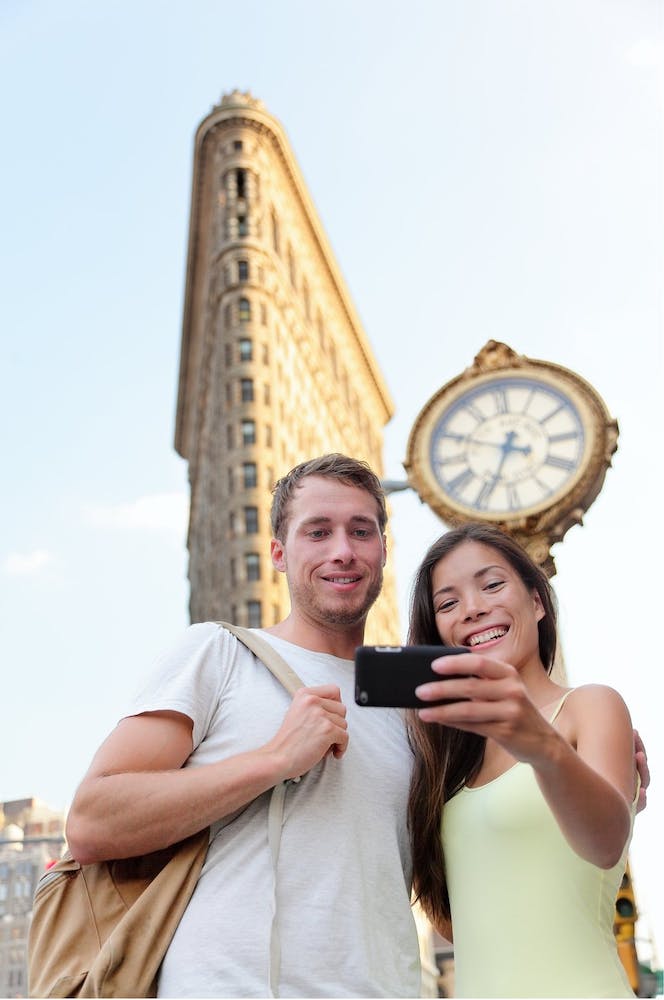 Give us a quick snapshot of your background.

I was born in Columbus, Ohio, but moved from there at the age of three and don’t remember much about it. We moved around a lot, and I believe it was formative for me to have lived in Rural, Suburban, Urban Middle and East Coast America at various times of my life. Mostly I remember Pittsburgh, PA, where I spent most of my childhood, and Long Island, where I went to Junior High and High School. I moved into New York City as soon as I graduated. I’ve lived here ever since, longer than I’ve lived anywhere else. I love to travel but it’s difficult to imagine this not being my Home. 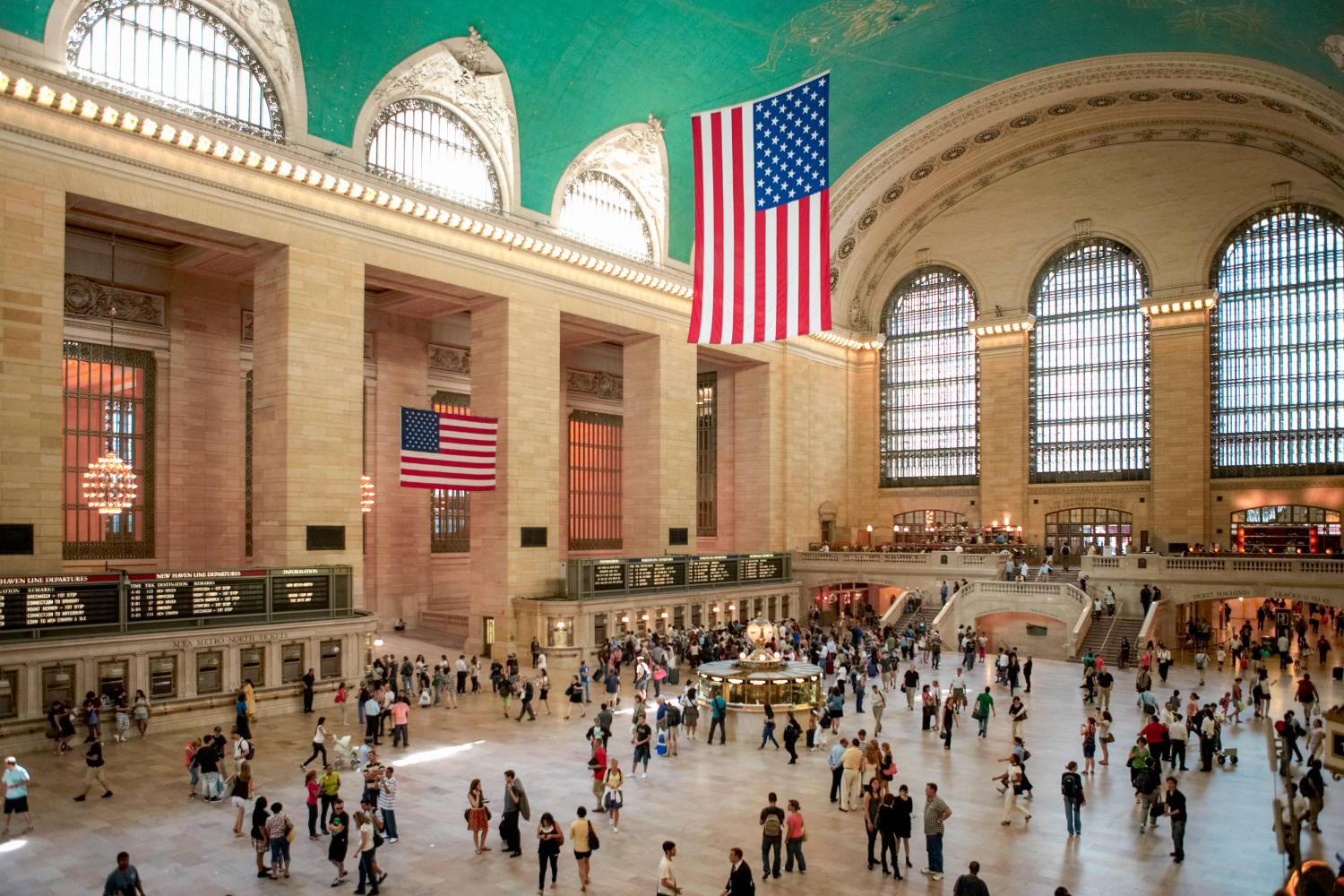 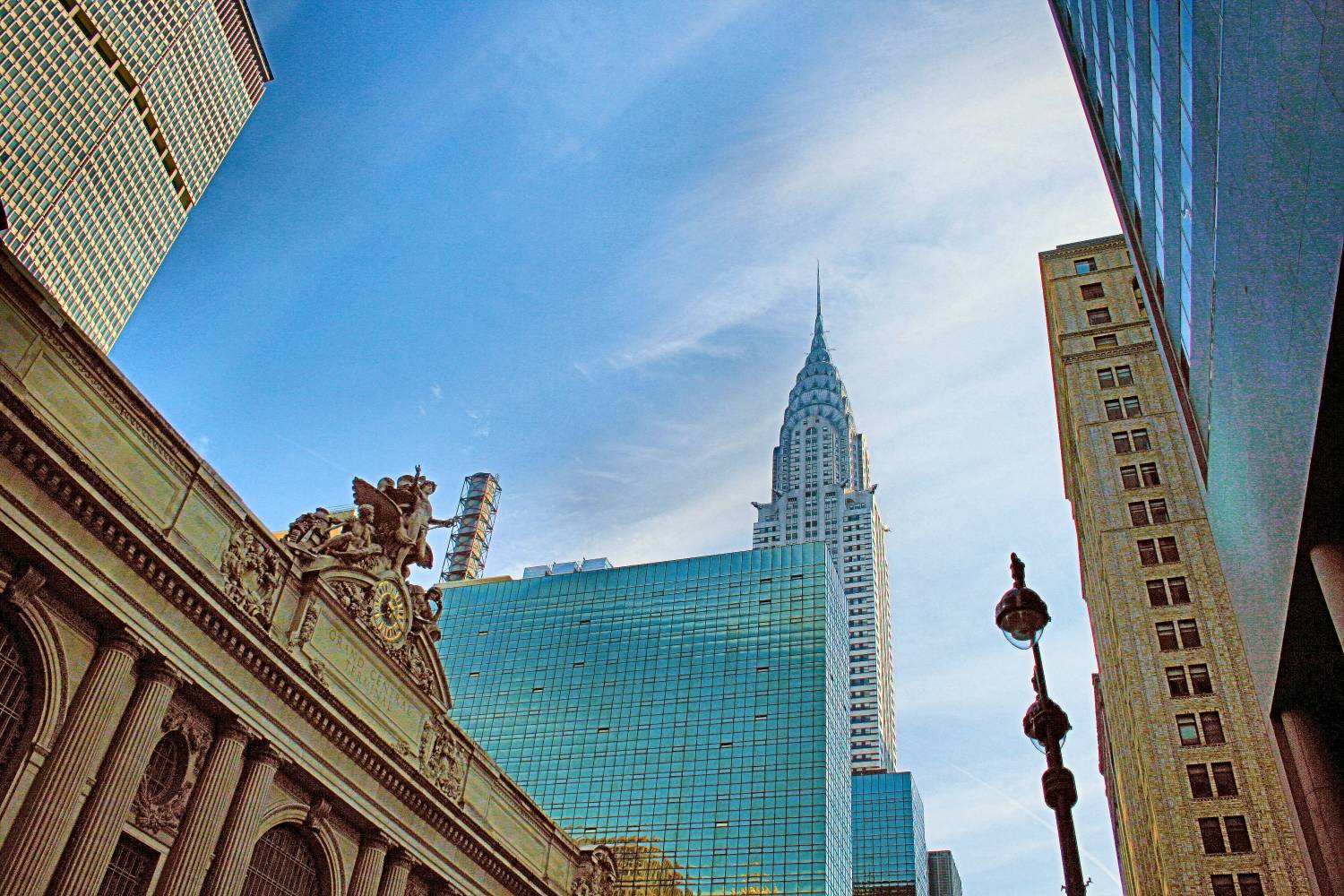 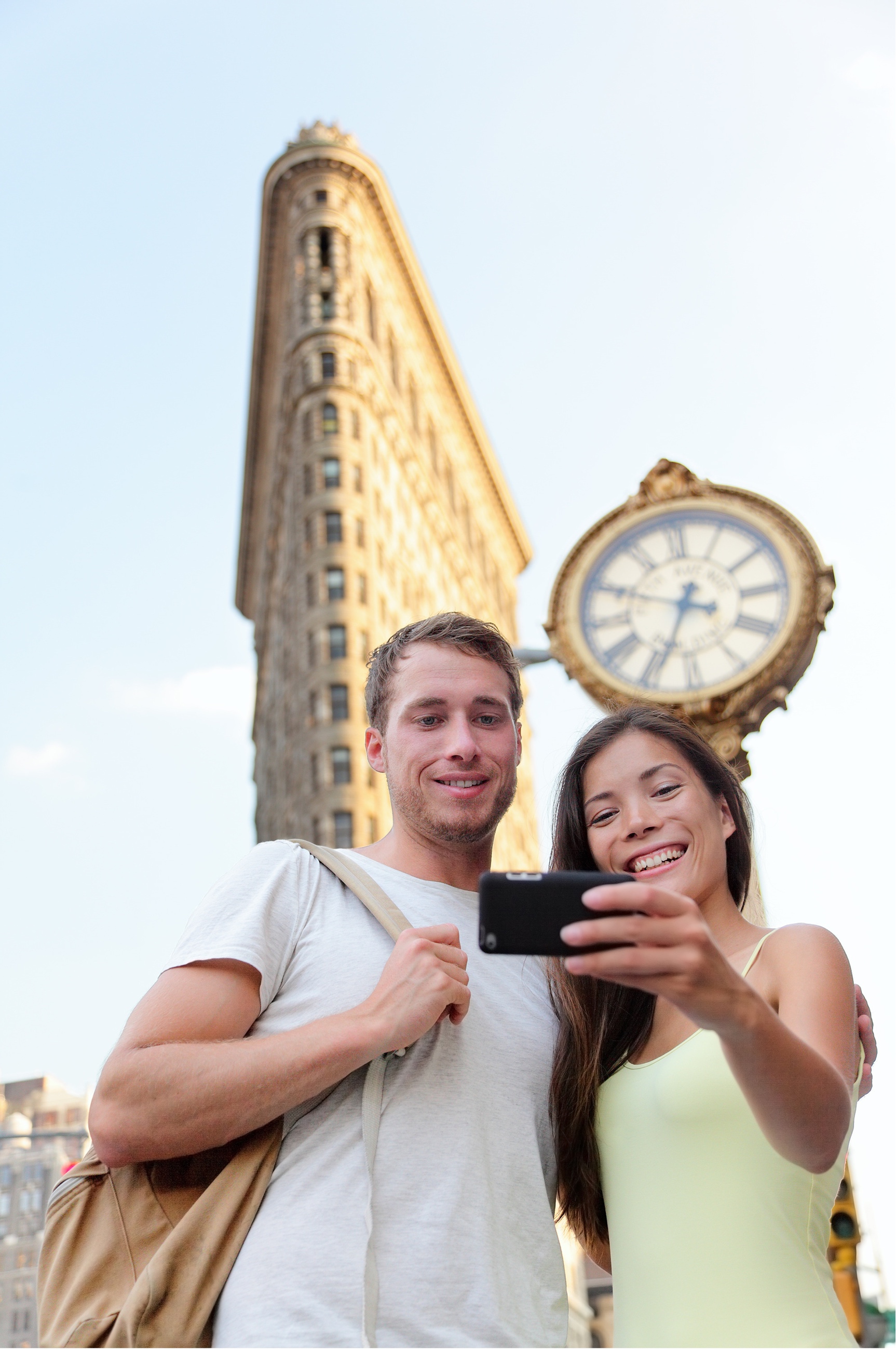 How did you get started leading tours?

Rockefeller Center’s Art & Architecture Tour had evidently been defunct for twenty years or so, and it was being revived. This was when the tour was being run under the umbrella of NBC, not Top of the Rock as it is now. A good friend of mine forwarded me an email about their job openings, and I thought, “yeah, I can do that.” I applied and got it. That was my first guiding gig. I ended up really loving it. I loved the Rock Center complex, its artworks and architecture, and I loved meeting and speaking with visitors from such a wide variety of backgrounds. Plus, my colleagues there were an amazing, smart, creative group of people, many of whom I keep in touch with to this day. 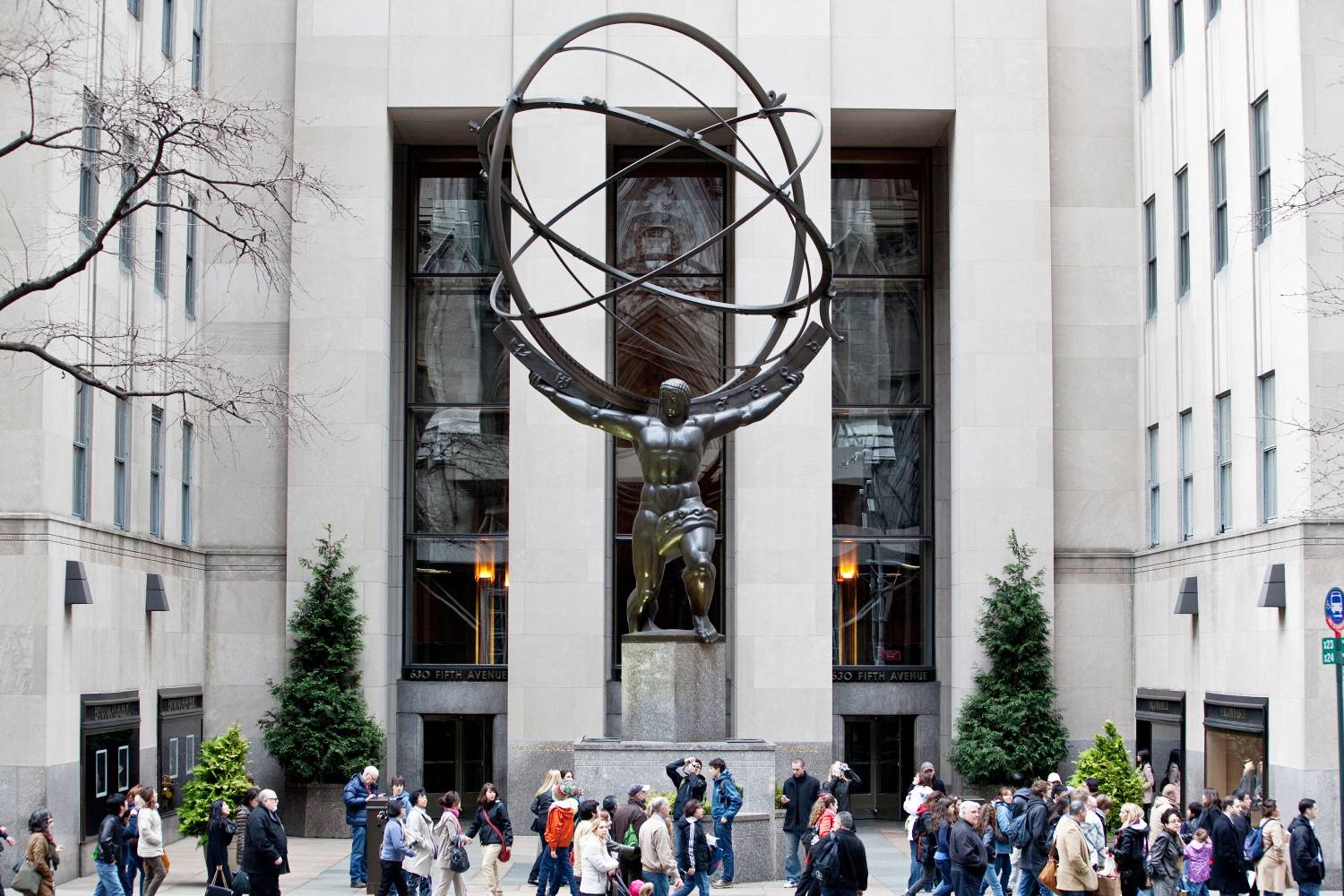 What do you specialize in?

My main area of expertise is from the onset of Modernism in Art, Architecture, and Design in the late nineteenth century, through to its transformations and demise in the mid-1960s. I somehow discovered and became fascinated with the Bauhaus at the age of about twelve. The German school was almost like a commune or a cult. For instance, they would take mustard baths to cause blisters on their skin because they believed it was a means of purifying the body. But they had an academic philosophy behind everything they did, one that fully embraced Industrial Age manufacturing processes. It was entirely antithetical to the Beaux-Arts educational model that dominated before them, a real revolution. From there I was led to study Le Corbusier and all the others. My passion for the subject continued to blossom ever since, and it has never really waned.

What makes your Architecture tours special?

I’d like to think that my Architecture Tours are unique for a number of reasons. I approach architectural style as a visual language that has the power to communicate important information about the time and place in which a building was constructed. Once New York City came into its own sometime around the 1920s, we began to put up buildings that in some ways could only have been built here, and nowhere else in the world. My attempt is to describe the cultural and historical contexts that caused our built environment to look this way. I’ve found it particularly illuminating to contrast the way Modernism evolved in the developing world, for instance, so different and with conflicting priorities to here in the United States. I’ve taken a lot of very informative and entertaining tours with a similar focus. In my humble opinion, my reading has a depth of nuance and broadness of scope that most others lack.

I know you’ve created a History of NYC Nightlife tour, can you tell us a little bit about that?

There are plenty of other people offering pub or club crawls, and they can be quite fun. But I honestly believe “Glittering Apple” is unlike any other tour out there. For generations, nightclubs have showcased the qualities that make this city so amazing: its creativity, its freedom, its unfettered joy, its tenacity, its star-studded glamour, and even its danger and grittiness. At its best, all that’s truly inspiring about New York City is magnified into an insane psychedelic wonderland after 10PM. We’ve given birth to many of the most famous nightspots in human history. It’s not exaggerating to say they’ve influenced everything from American popular music to fashion, race relations, gender identity, politics, fine art, and technology. By tracking the history of these locations from as far back as the 1850s, I’ve been particularly excited to notice how it parallels the evolution of the city as a whole. Neighborhood by adjoining neighborhood, demographic groups advance, dominate, and then recede again in fascinating patterns leaving lasting traces of themselves. At the same time, these are the counter-cultural stories being told after dark, the ones that don’t usually make it into history textbooks.