Graffiti Workshop! Participate in creating a graffiti piece and take it home afterwards! 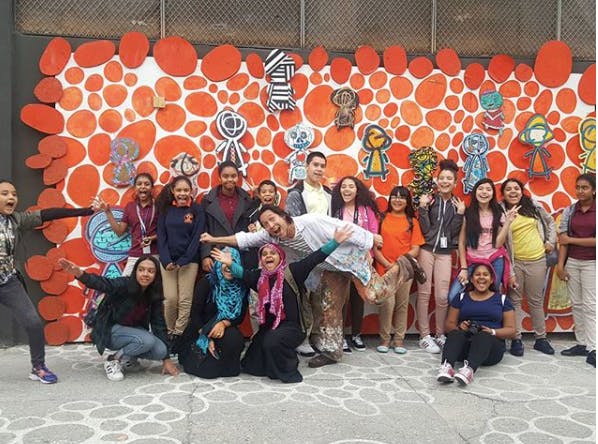 A little bit about the Brooklyn graffiti scene at the Bushwick Collective:

A little bit about Bushwick:

In the 19th Century, Bushwick was a vital part of America’s beer history and known as the beer capital. By the 1970s, all of the breweries in Bushwick had closed and for a long stretch of time, this Brooklyn neighborhood was neglected and many of the buildings were shuttered.

Much like Williamsburg, in recent years, Bushwick has experienced a renaissance. Aside from the incredible street art that one can experience, there are incredible restaurants, shops, nightlife and more. Besides exploring the Bushwick Collective (which is a must) and taking in the neighborhood’s unique vibe, we recommend the following:

And just wander around and don’t be afraid to pop into random stores and coffee shops! Almost everything in Bushwick is something special. Can you tell we are fans?

Want to experience it! Try our:

Graffiti Tour + Workshop led by an insider or, based on availability, a local street artist. They will take you on a special journey pointing out their favorite murals and imparting knowledge about the artist and work that you won’t find anywhere else!