Bushwick is booming, but it hasn’t always been that way 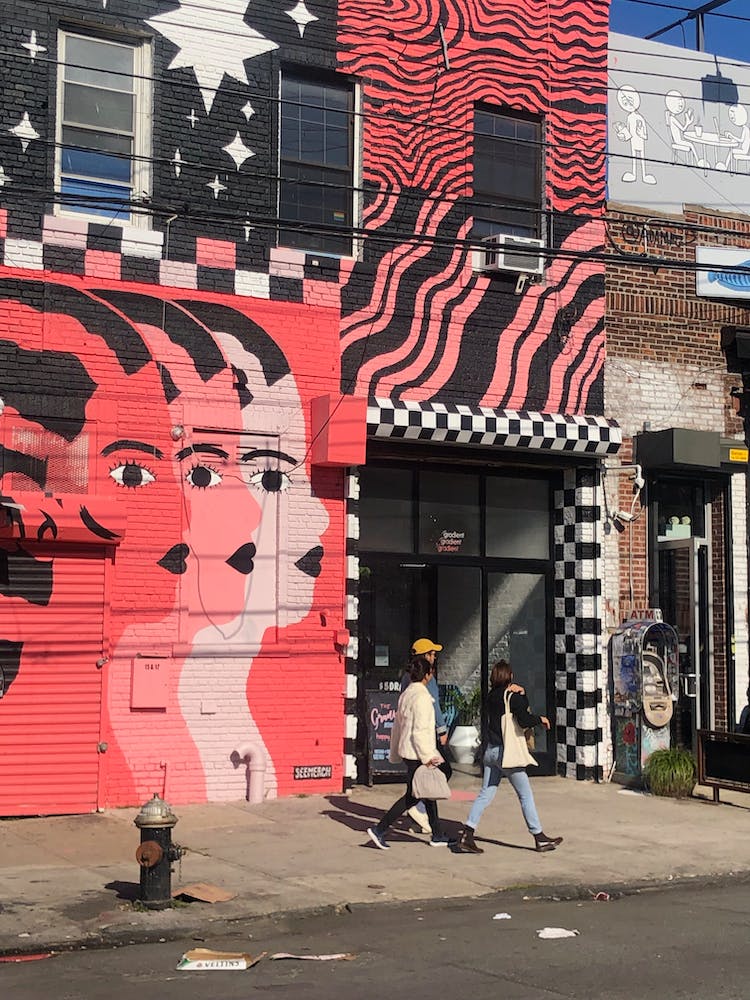 Bushwick may be considered one of the coolest and artistic neighborhoods in Brooklyn, but that wasn’t always the case. Founded by Dutch settlers in the 19th Century, the neighborhood was primarily used to farm food and tobacco. Along with the growth of Brooklyn came the growth of the goods manufactured in Bushwick. Soon Eastern Europeans joined the Dutch settlers and aided to the expansion of oil and chemical factories.

By the 1850s, Germans were among the majority of immigrants and soon became the dominant population. By 1890 Bushwick had developed a strong brewery industry with over 14 breweries in the neighborhood and was deemed “The Beer Capital of the Northeast”.

Post War World II the neighborhood’s demographics had drastically changed as southern Blacks and Puerto Ricans immigrated into Central Brooklyn. Race riots began to rip apart the city and eager real estate agents used scare tactics to encourage White Bushwick residents to sell their homes. These homes were sold to agents for an average of $8,000 and resold to minority residents for $20,000. By 1972, over 500 homes had been abandoned due to bad loans.

At the same time, many breweries were moving out of NYC due to rising energy costs and advances in transportation. And after the rioting and looting that occurred during the 1977 Blackout, the neighborhood was left without a commercial hub.

During the mid-2000s, the City and State of New York began to pour resources into the neighborhood. They founded the “Bushwick Initiative” that focused on improving housing conditions, crime, and quality of life for neighborhood residents. The initiative came right on time as real estate prices in Manhattan were rapidly rising. Bushwick began to attract young professionals who either couldn’t or didn’t want to pay more money to live in Manhattan. 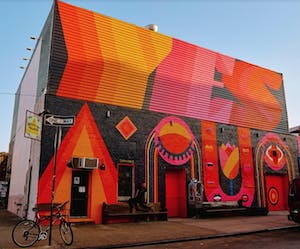 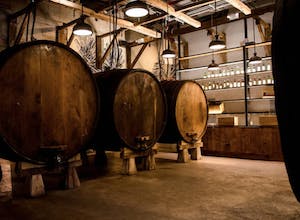 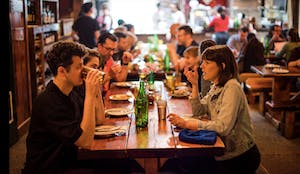 While some blocks are still reminiscent of Bushwick’s industrial era, modern day Bushwick has transformed into a vibrant neighborhood filled with art, culture and incredible places to eat. House of Yes is a unique venue that with a wide range of programming including drag competitions, burlesque shows and some of the best parties Brooklyn has to offer. Just around the corner you can find Kings County Brewers Collection, one of the many breweries that found its way to the neighborhood once known for its beer production. Buildings that were once abandoned for decades now light up the streets with a wide range of nightlife options fitting to please any crowd.

One of the most notable changes in the area has been the explosion of massive street art murals. In 2013 local Brooklyn artist Joseph Ficalora founded the “Bushwick Collective“, a transformative street art project featuring over 50 artists from around the world. In our new private tour “Bushwick: Street Art, Cider Sipping and a Slice“, we guide guests right into the heart of the collective’s outdoor gallery before taking them to a hidden space to mix and mingle with a local artist. 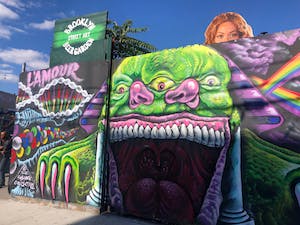 This walking tour dives even deeper into Bushwick’s rich history and a local cider house where they can try 3 varieties of cider (non-alcohol options available) and participate in a ‘catch’. To close out this Brooklyn based tour, guests get to explore local stores and vintage clothing shops before diving into Roberta’s world-famous classic New York-style pizza cooked up in their wood-burning oven.

This tour is perfect for corporate outings and family/friend gatherings. It’s available to book 7 days a week and can accommodate almost any group size. Click HERE to learn more about the tour and book it for your group today! 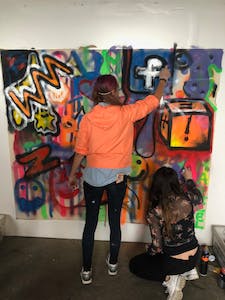 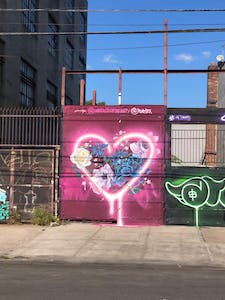 See the world’s largest outdoor street art gallery with an insider and then watch, learn and participate in the creation of a large scale street art mural!