What to do in NYC when teens come to town 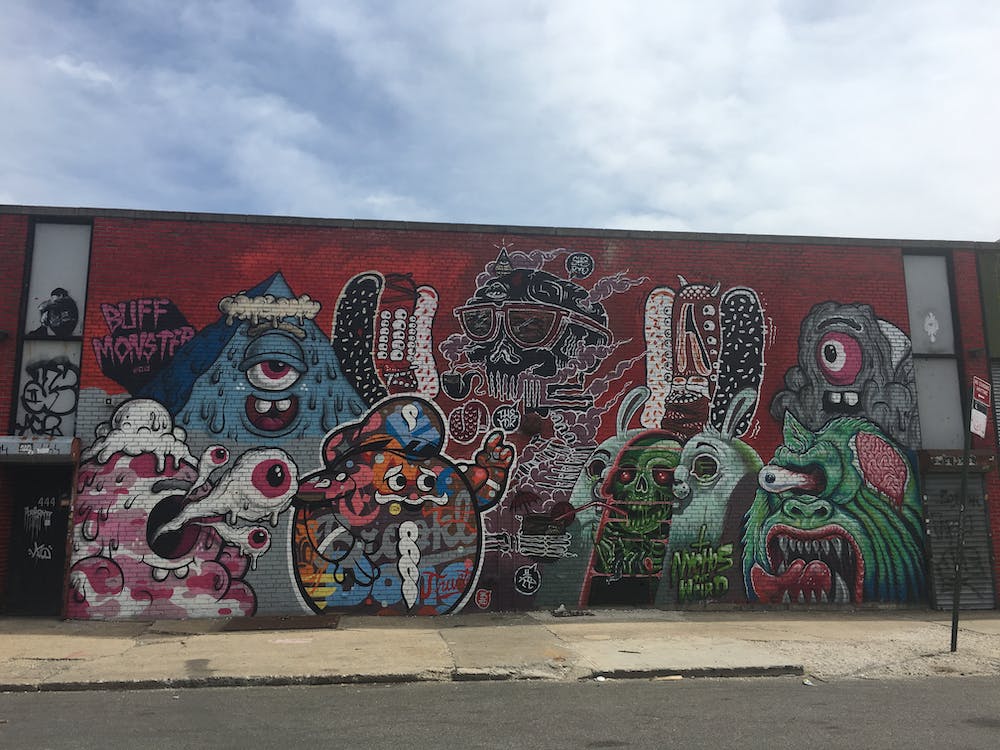 You’ve planned the trip of a lifetime to New York City with your family. You’ve been to the Empire State Building, conquered the Staten Island Ferry, strolled through Central Park and taken the kids shopping at Century 21. NOW WHAT DO YOU DO THAT WILL KEEP YOUR TWEENS AND TEENS HAPPY?

Many adult travelers love a good tour: facts and figures, and a few nerdy treats, but that’s not always what your young people are up for. But don’t worry, Like A Local has the solution with our fast and furious BUSHWICK GRAFFITI experience!

Bushwick is a neighborhood in Brooklyn, about 40 mins by subway from Midtown. A former working-class immigrant area, underinvestment in the 80’s and 90’s left it one of the most undesirable areas in the 5 Boroughs. But in the 2000’s, and most actively over the last 5 years, Bushwick has risen like a phoenix, becoming a must-see destination.

New York is widely considered to be an originator of modern street art. Graffiti has always been a way to make social commentary, and this was a key part of Bushwick’s history. It was seen as guerilla movement, and if you were caught ‘defacing’ public property you would be arrested. This had artists develop fast ways to make a mark with a unique flare and style. Graffiti is political, comical, celebratory and fun. These days it’s widely respected, with various public and private buildings vying to attract the most renowned personalities.

In 2011, Bushwick native Joe Ficalora wanted a way to celebrate his mom. Having watched the local artists sneak around at night for years he knew exactly who to ask to paint a wall in her memory. That piece drew a lot of attention, so Joe (someone who doesn’t describe himself as an artist at all! He took over the old family firm), asked local businesses on Troutman Street to ‘donate their walls’, paint companies to donate their paint, and rounded the best national and international artists to take a forgotten street and really put it on the map. Since then, Bushwick has had a global focus, drawing painters and viewers from every corner of the world, transforming the fortunes of this once much maligned hood.

Our tour takes you through the heart of the art, giving insights to the creatives and the culture. Many of the works on display have Instagram handles you can follow to see not only their other work, but links to artist’s websites too- a far cry from the 1980’s where it was never thought this could be a legitimate profession. We encourage our guest to take out their phone and snap, post up and tag, add and follow new favorites. Classics of Biggie and Jay Z adorn walls alongside newer works. We explain the differences in styles and how the pieces are created. We get you off the beaten track and into a slice of OldSkool New York.

We pop into the local cider house for some sampling (non – alcoholic beverages too!) and round it off with great pizza.

So if your family is more madness than Monet, vandalism than Van Gogh, try something new than traditional, then our 2 hour Bushwick adventure is for you!